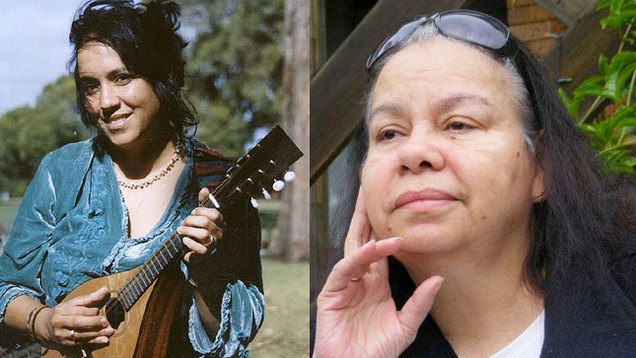 Medal Of the Order recipients Kavisha Mazzella and Auriel Andrew

A number of musicians and broadcasters were awarded a Medal Of the Order of Australia in yesterday’s Australia Day Honours list. This allows them to now put the letters OAM after their names.

Melbourne singer songwriter Kavisha Mazzella — honoured under her given name Paola Mazzella — was awarded for her music as well as for developing “musical projects promoting awareness of multicultural, refugee and indigenous experiences.”

This was through albums like her current Love & Sorrow (on Black Market Music) as well as setting up the Italian women’s choir La Voce Della Luna, undertaking indigenous projects and writing The Women’s Anthem which was commissioned by the Victorian Women’s Trust to celebrate 100 years of women’s’ suffrage in 2008. “To think that the daughter of migrants, £10 Poms, could achieve this is overwhelming,” said the London-born daughter of an Italian father and Anglo-Burmese mother.

NSW community radio broadcaster Roger Wood is a founder and stalwart of 2RBR Coraki and is involved in the Southern Community Media Association, which represents rural and regional broadcasters.

Other broadcasters on the list were Howard Ainsworth, Broadcast Manager at 4MBS Classic FM, and Sydney-based Lester Bostock whose reputation as pioneer of indigenous broadcast media included setting up Radio Redfern and becoming the first indigenous presenter on SBS Radio.

Darwin-born Newcastle-based country music singer Auriel Andrew, was among the first indigenous entertainers to be featured regularly on variety music television shows in the 1960s.

Like her, Armidale-based guitarist Cyril Green and Sydney-based drummer Doug Peters — both members of the Jimmy Little Trio — were acknowledged for their music as well as for their work with indigenous communities and charity work.